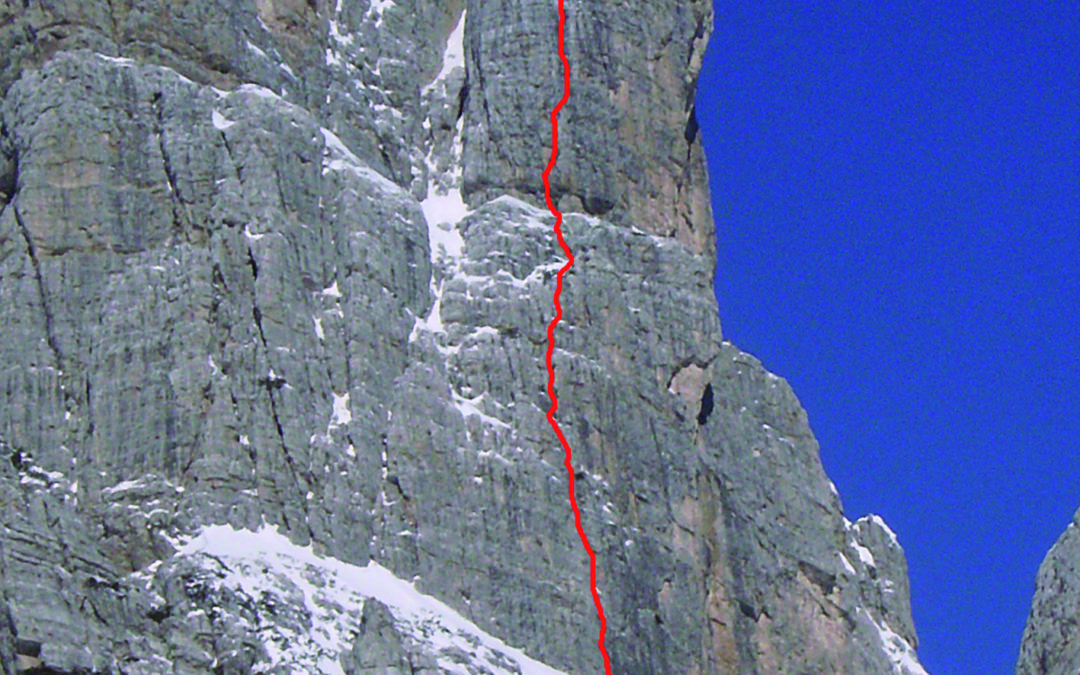 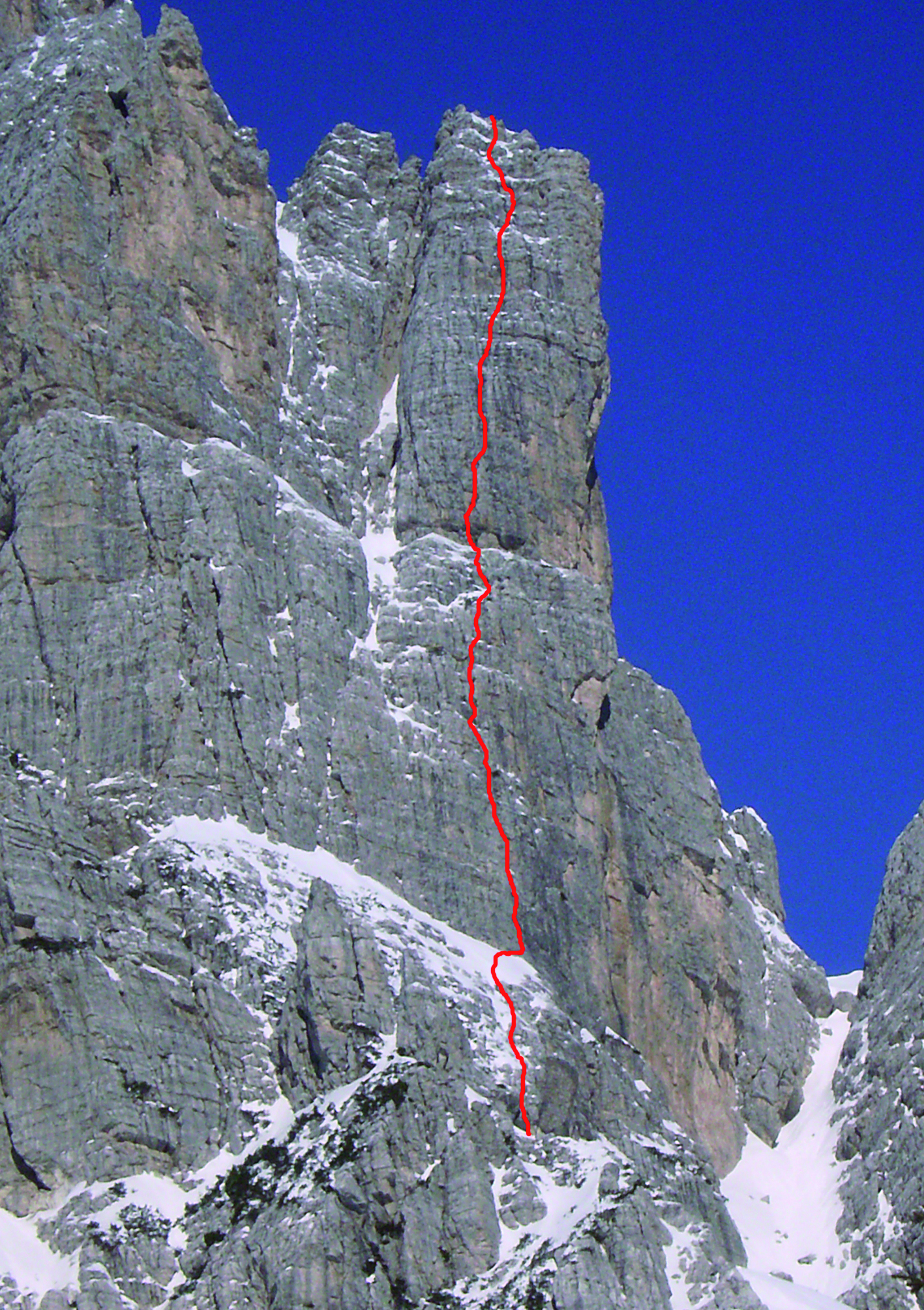 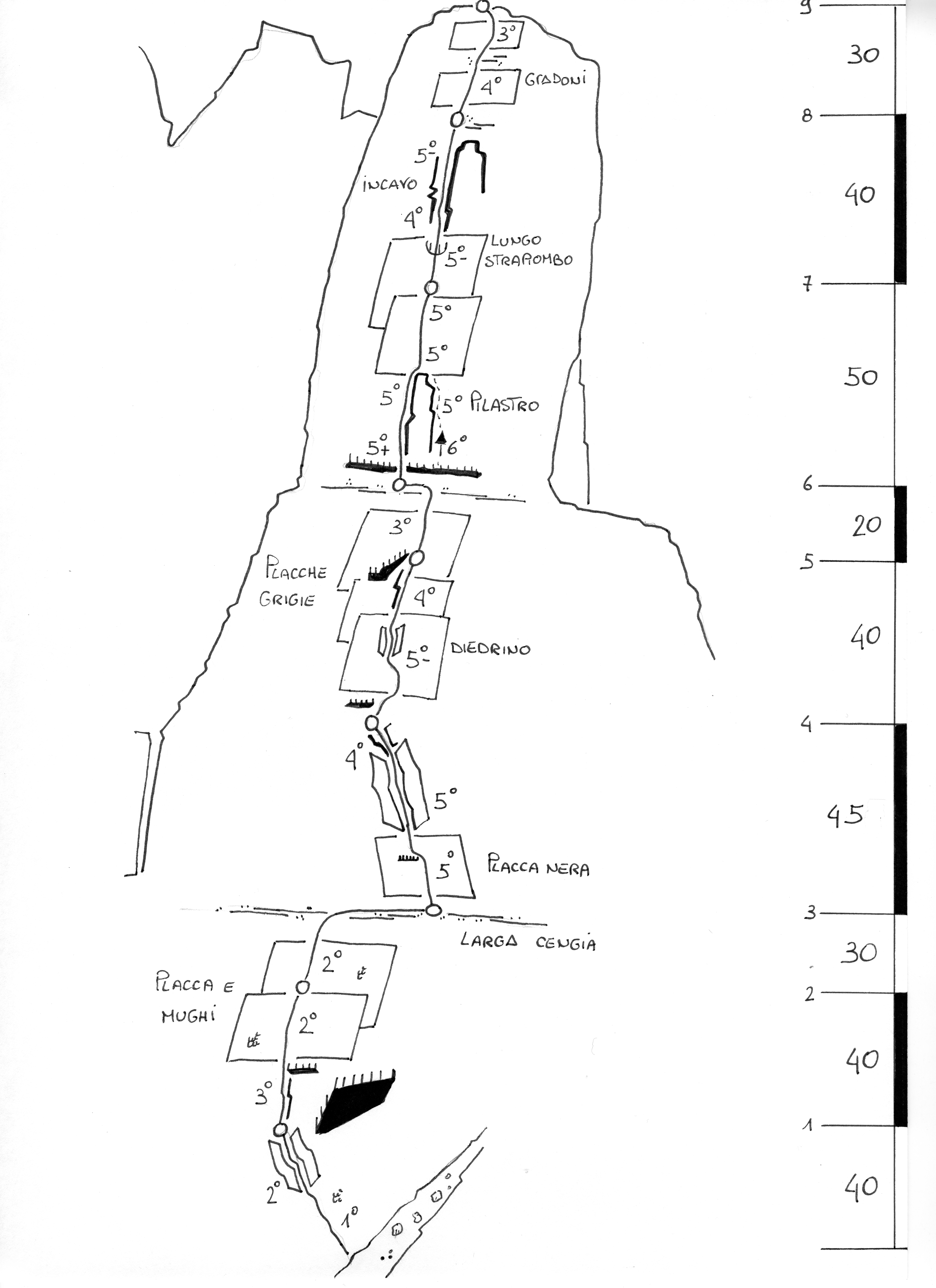 Very beautiful and linear itinerary that takes place to the right of the “Topo” route on a very articulated and compact gray rock wall. In recent years it has been repeated many times and this has helped to equip the route almost completely. The ascension for the beautiful climbing and the excellent exposure it presents is very advisable. Just be careful not to confuse the itinerary with the more modern climbs which, especially in the second half, are very close.

ACCESS
From the Duràn Pass, follow the path that leads to the Carestiato Refuge until you enter the carriage road. A few meters further on, towards the north, a small valley opens up with a trace of a path (often the first section is quite marshy). This leads to the Croda Spiza and crosses it reaching a steep gravel gully (pass. 2 °) which leads to the base of the rocks (1.10 h).

connection
Pass the socle in common with via “Topo”, cross the ledge on the right up to a small gray dihedral.

DESCENT
From the top of the tower you pass a sloping fireplace reaching the large scree placed behind the top. You go down for this (track) until it is possible to cross and go up to the south reaching a saddle between the Jolanda Tower and a secondary forepart. From here, lowering through the obvious channel under the wall (pass. 2 ° -), you reach the base of the rocks (1 h). 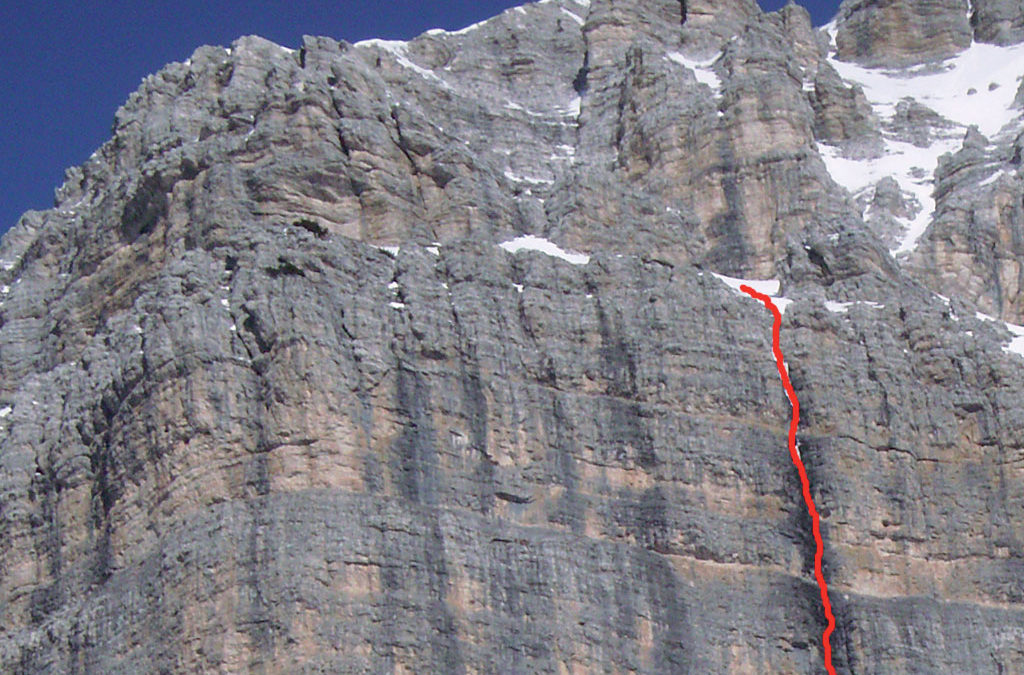 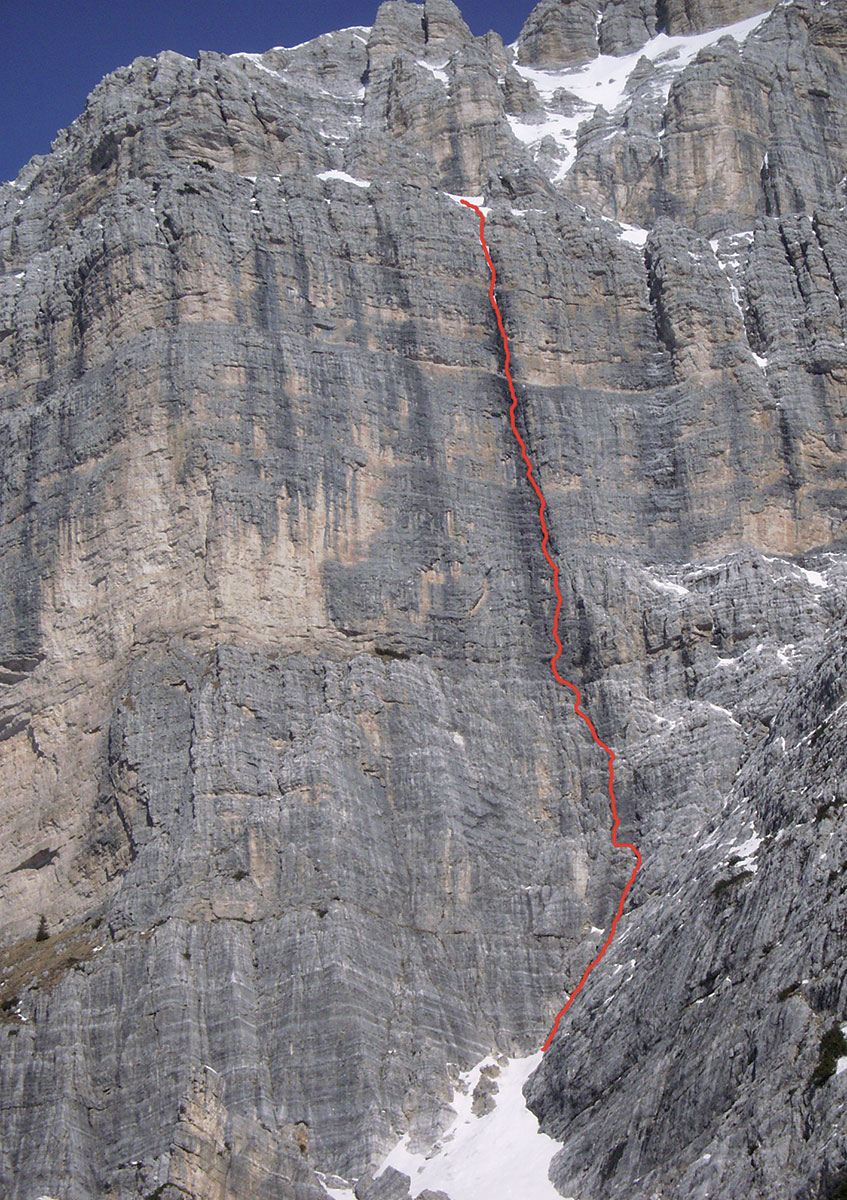 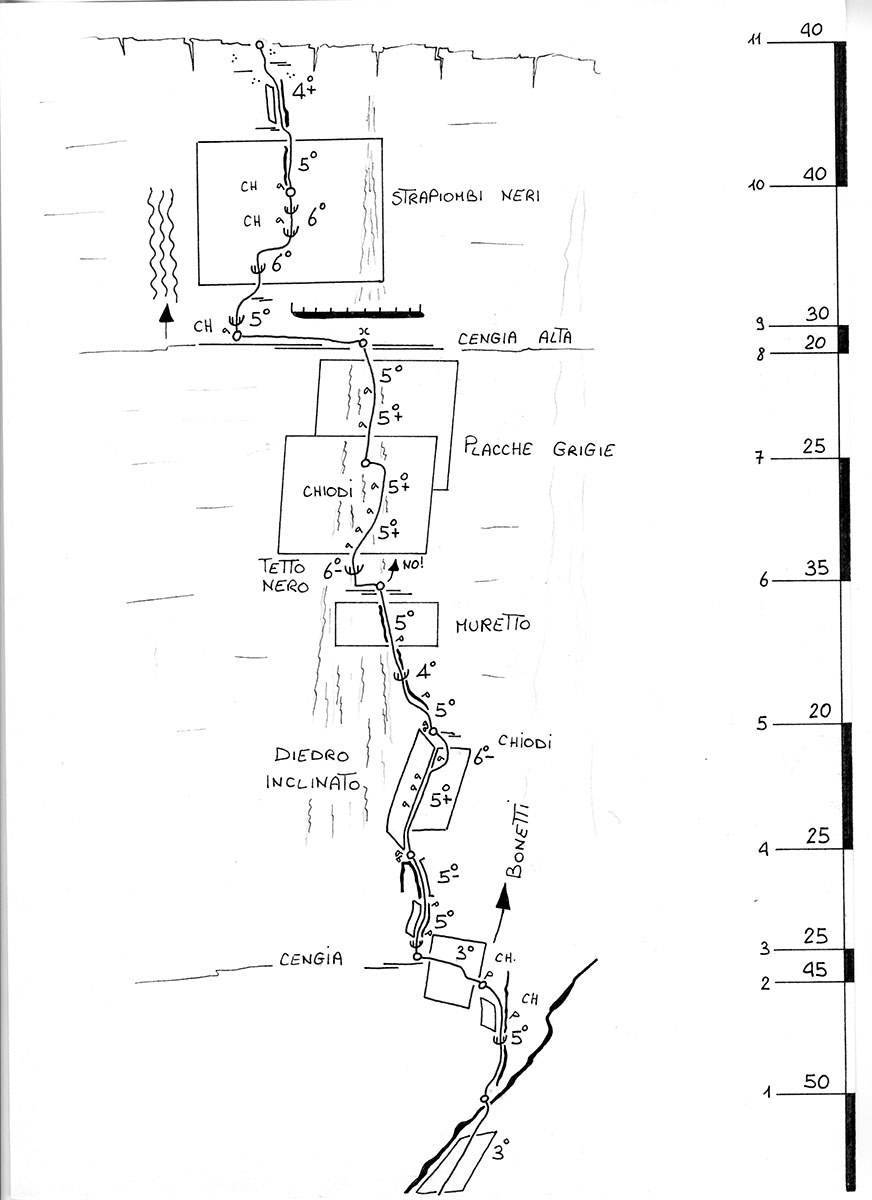 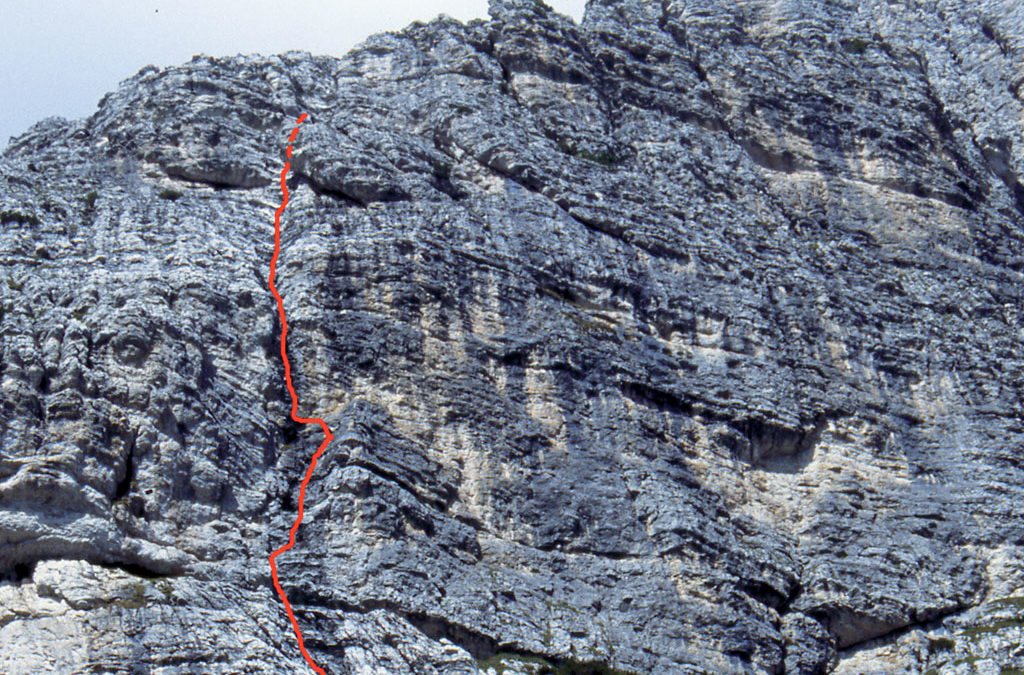 This wonderful classic itinerary now very popular is without doubt one of the most beautiful dolomitic climb, especially for the not so hard and homogeneous difficulties. The climb gets over a marked system of colanders and dihedrals with characteristic rock, sometimes smoothed by water, sometimes wrinkled and rich of tunnels. Water flowing for millennia from Scalet delle Masenade, sometimes with violence, sometimes softly, has dug and shaped the rock creating a wonderful unique alpine path. Avoid the climb after heavy rain and be careful in case of violent downpour, inasmuch on the path it pours a real waterfall. Also expect, given the great attendance of the itinerary, that in some days the overcrowding can cause some problems.

ACCESS
From Rifugio Carestiato or from Malga Framont, follow the path of Alta Via n.1 until you get under the wall of Scalet delle Masenade, in proximity of a flat grassy lay-by. Following the highlighted track that goes up towards right, along a little scree, you will arrive to the bouts (0:30).

START POINT
Some tens of meters rightwise of the colander line where the wall descents creating a sloping plate.

DESCENT
The descent of the wall of Scalet is not very difficult. You will reach a grassy ledge on the top of the rocky wall and you follow it (red signs) toward west, then in the proximity of the west part of Primo Torrione dei Cantòi the path goes down (2° passage) getting to the base of the wall (0:40h) 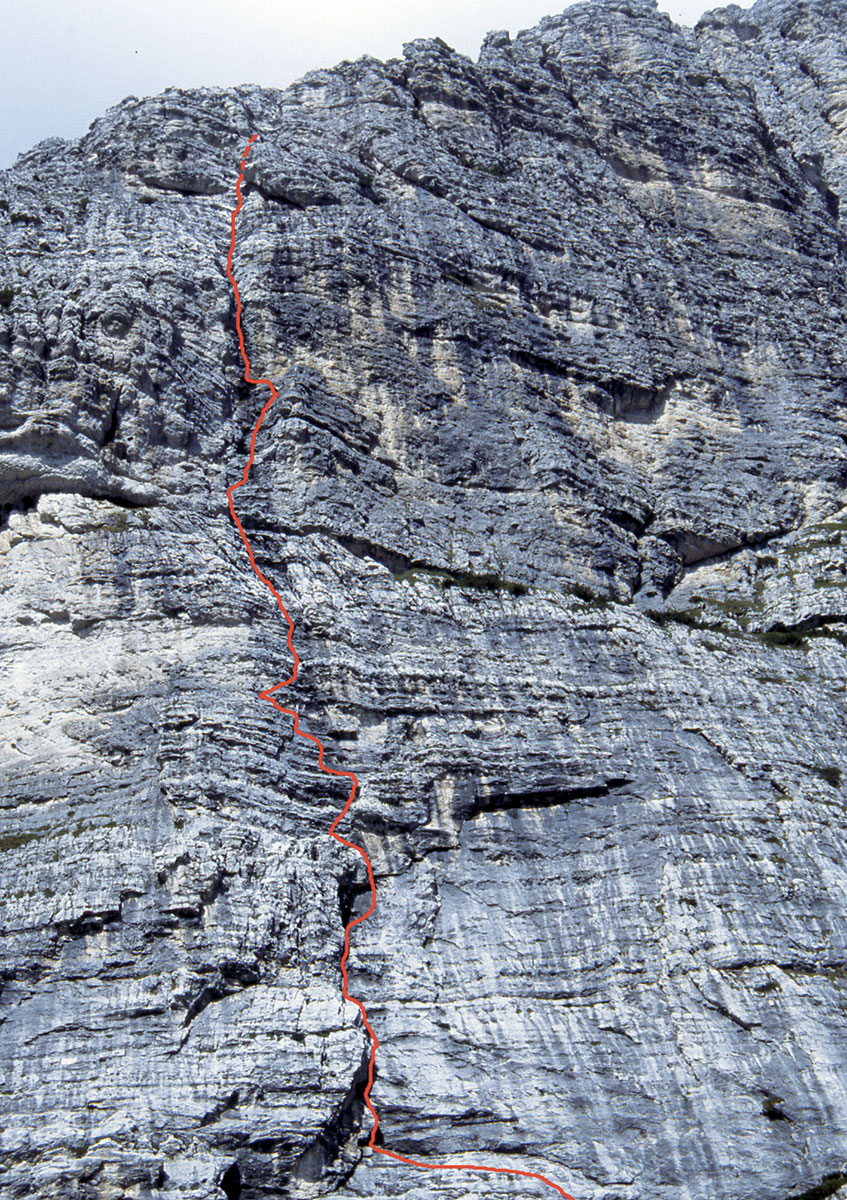 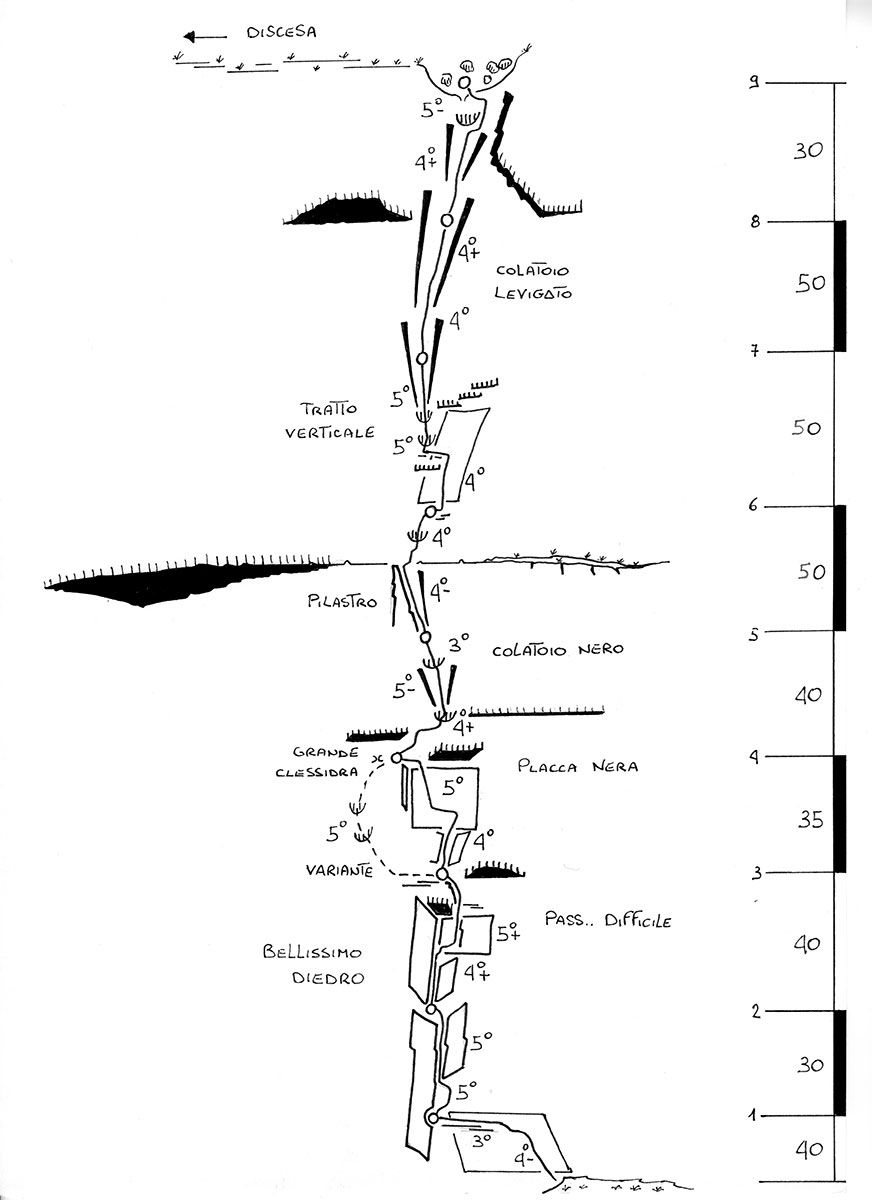 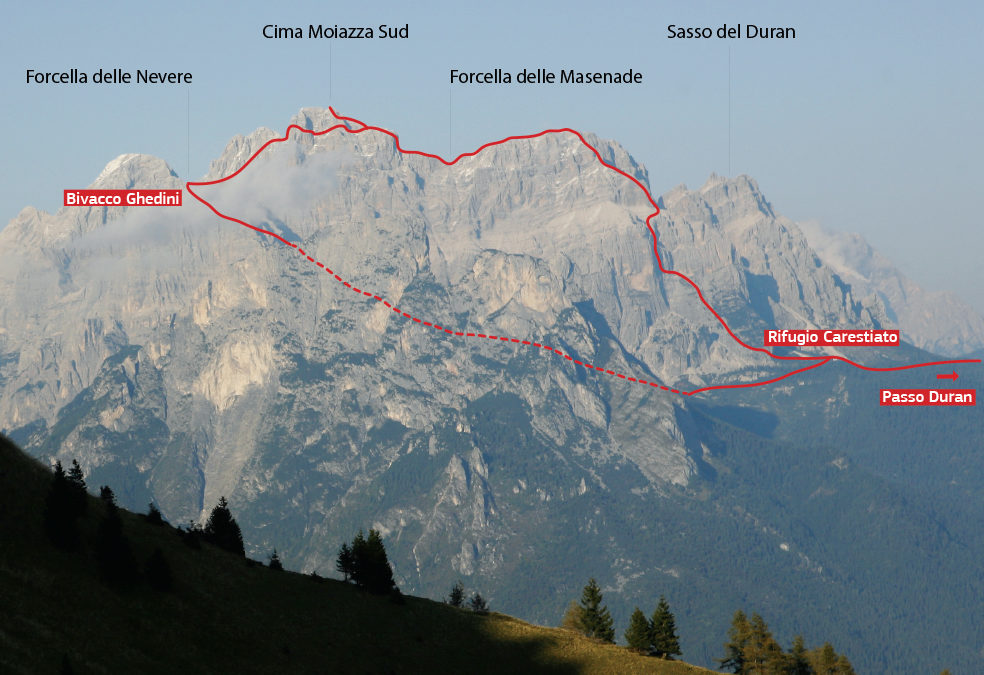